Pros: Some truly delicious ice cream!
Cons: Problems in flavors and instructions
Rating: 3 out of 5

is a promising title by Leslie Bilderback. Sure, I have an ice cream churner, but while it works, it doesn’t always work as well as I’d like. The ice cream never comes out quite as firm as I’d like, and the bowl never accommodates as much as it claims it will. Therefore, “No-Churn Ice Cream” completely caught my attention! Looking through the book was very appealing. There are ice creams (with suggested variations), gelatos, sorbets, sherbets, as well as topping/accompaniment suggestions. 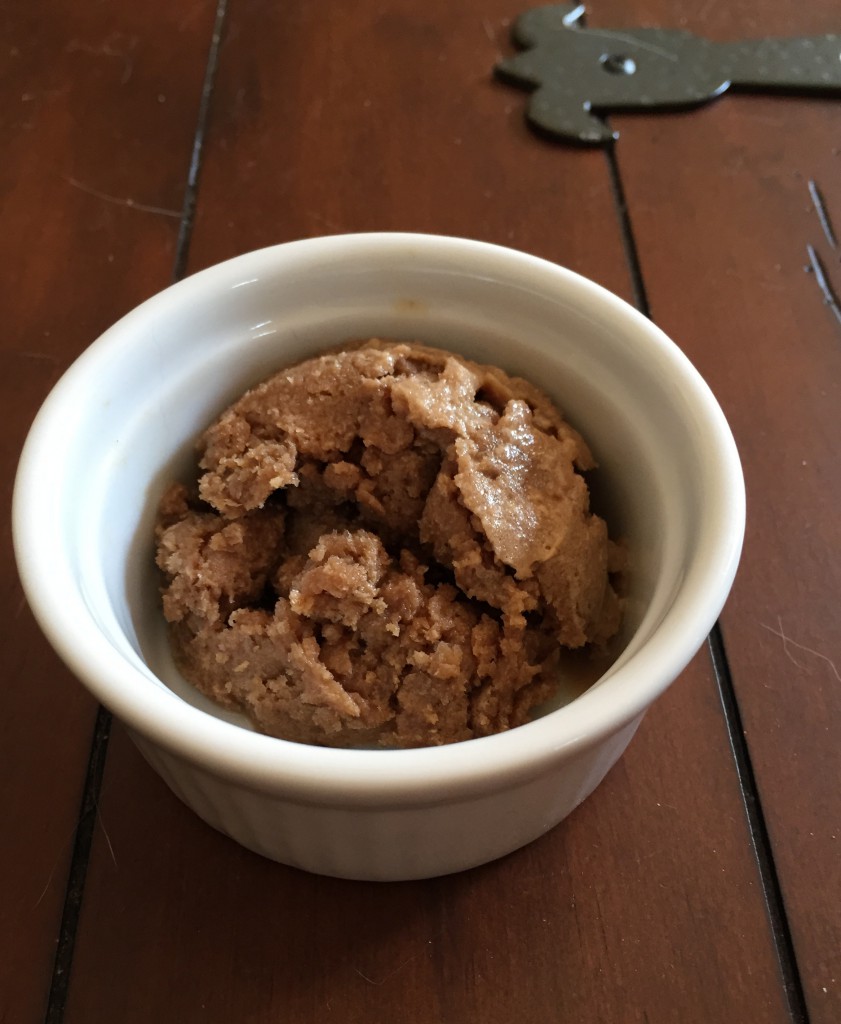 First we tried the cappuccino sherbet. I love sherbet, I love coffee, and I love coffee-flavored sweets, so this sounded like a match made in heaven. In this case you combine a few ingredients (sugar, milk, coarse-ground dark roast coffee). You heat things up, let the coffee steep, and when it’s cooled completely you strain out the coffee. You add a very small amount of salt and lemon juice. Then you put it in the freezer, stirring frequently until set.

To get this out of the way: we used exactly what the recipe called for; I even already had it on hand. I always do coarse-ground for French Press, so that wasn’t a problem. I happened to have dark roast in the house so that was fine. I used my favorite drinking coffee, thus I already know I love its flavor. Given that, the gaping question that remains is this: How did this turn into something so vile that I took one taste, spat it out, and ran off looking for something to take the taste out of my mouth? The only thing I can think of is that perhaps the steeping time was far too long, and perhaps the coffee grounds should have been removed sooner. Other than that–I’ve got nothing except the absolute knowledge that I will never make this recipe again. I threw it all out, actually, which is rare for me. I hate throwing out food. 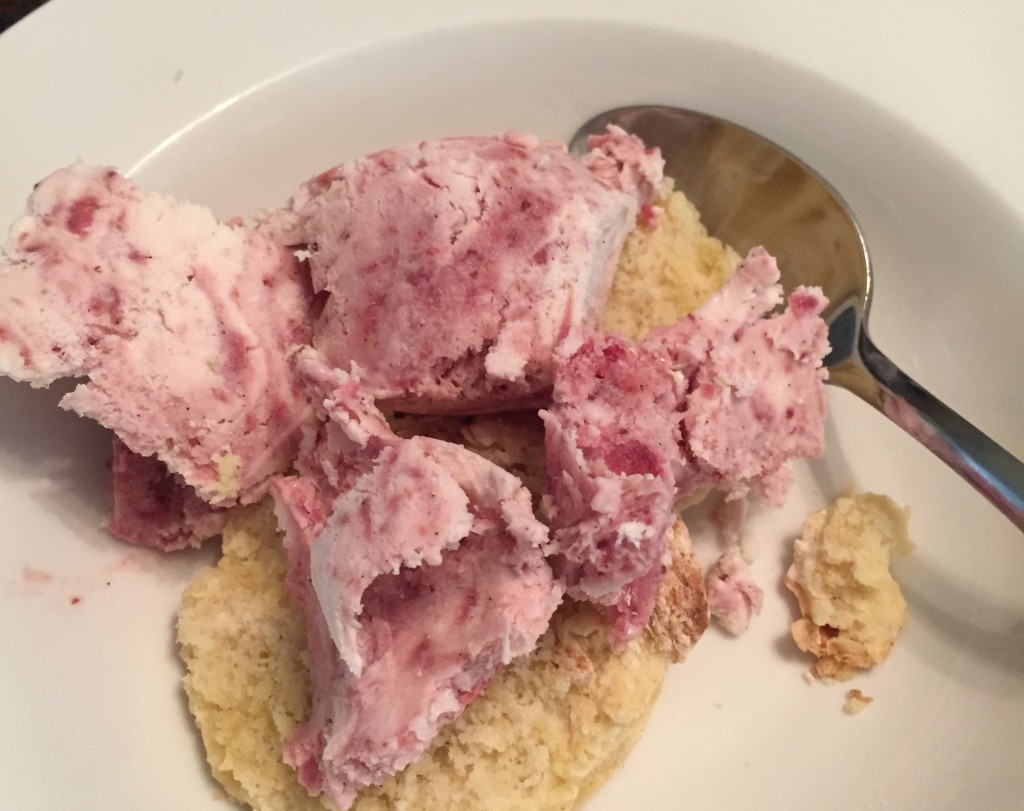 Since strawberry season was a thing here recently, we decided to make that our next ice cream flavor (although we went for the ‘strawberry cheesecake’ variation, which adds 4 oz of cream cheese). First, I will say that it’s delicious and I very much like it. The method uses heavy cream whipped to soft peaks to work air into the ice cream instead of churning it. Essentially you’re making a frozen mousse, and well, I like mousse, frozen or not! For some reason this version came out a little too solid in the freezer. I’ve had to chip away at it to eat it. I do recommend serving it on a biscuit or shortcake. After all, it’s primarily strawberries and whipped cream, two of the main components of strawberry shortcake.

Unfortunately, the recipe itself for the strawberry ice cream has a confusing error or two in it. At the beginning of the recipe it has you take three cups of strawberries, combine with lemon zest, juice and water, and essentially turn the strawberries into jam that can be folded into the ice cream. Later on in the list of ingredients we found “1 cup strawberry jam (storebought or homemade).” So jam showed up in two separate parts of the recipe, with instructions that only tell you to add it in once. We skipped the extra cup listing of strawberry jam and used the jam we’d created specifically for the recipe. That’s the only interpretation that really worked. 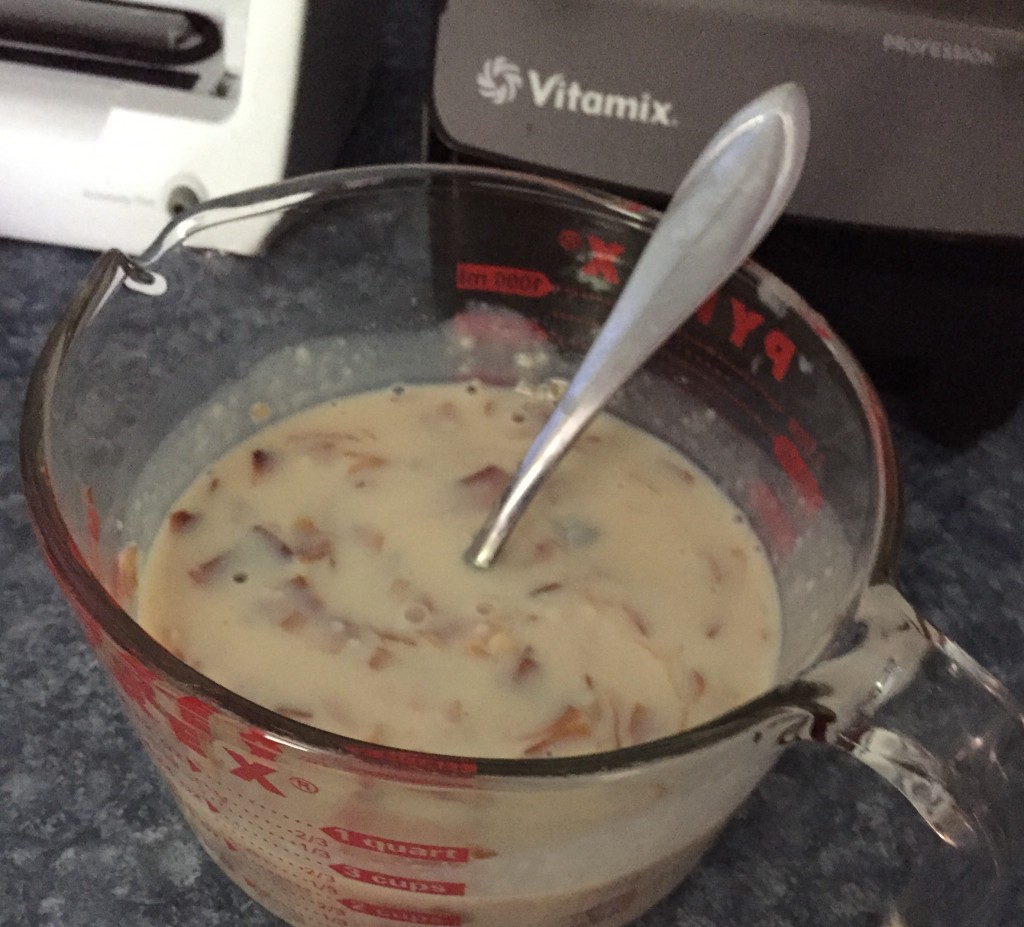 Next we decided to try for coconut ice cream–I’m a big fan, and I’ll take any excuse to toast unsweetened coconut (it goes great in so many things!). We didn’t find any apparent mistakes or confusions in the recipe. We toasted the coconut, steeped it in warm coconut milk and sweetened condensed milk with a few other minor ingredients until cooled, then drained the flavored liquid, combined it with the now-familiar whipped cream, and froze it. This recipe was divine. It came out perfectly, to the letter. It didn’t set too hard, the flavors are intense but not too much so, and I’ve probably already gained ten pounds just by looking at it and smelling it!

After the sherbet we were sure we’d never use the cookbook again after I finished making recipes in order to review it. The strawberry left us thinking, well, this might be worth it. The coconut was sooo good that we’re more than ready to dive back in… but no coffee flavors, and no using recipes with screwed-up directions. It’s actually fairly impressive that the one ice cream was good enough to make us overlook the others.

Many of these recipes include variations. Some look heavenly (the cream cheese in the strawberry ice cream), while others are a little too adventurous even for me (berry ice cream served with blue cheese). Ms. Bilderback says that you can mess around quite a bit with the fat amounts–such as substituting whole milk for skim or vice versa–and that it’ll come out fine either way. I have some doubts about that, but at least it does encourage experimentation.

These have to be the fattiest ice creams I’ve ever had, but they’re oh-so-worth-it! I recommend freezing in really small plastic containers so you can resist the urge to get a huge bowl!